The cycle of webinars for students in the field of audio-visual arts called “Art has no borders” continues. It is organized by the Student Cultural Center Nis in cooperation with the Faculty of Arts in Nis. Lecture “Innovations in music projects” will be held by Irina Gerasimova, General Director and Artistic Director of Russian State Musical TV and Radio Center, on Thursday, July 23, 2020 at 5 pm live on the Facebook page of the Student Cultural Center Niš and the Faculty of Arts Niš. 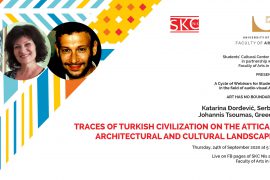 Webinar by Ioannis Tsumas, PhD and Katarina Djordjevic, MA “Traces of Turkish civilization in the ancient architectural and cultural space” 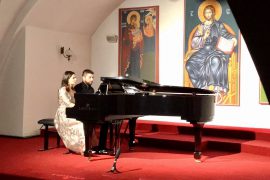 Concert of Andrej Cincarević within piano duo in Belgrade